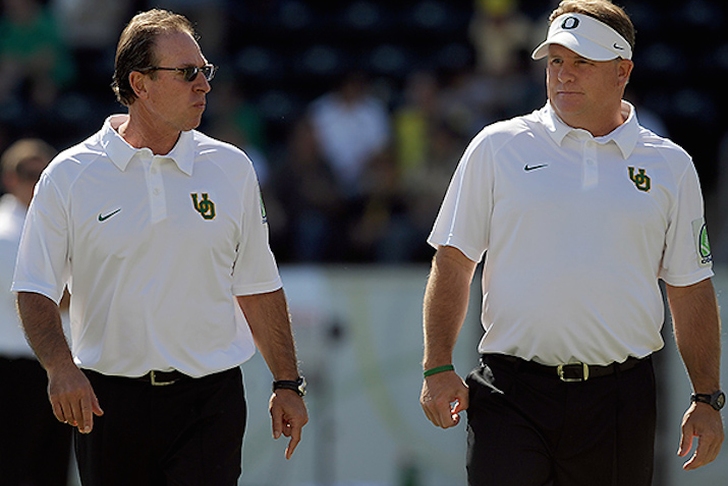 Philadelphia head coach Chip Kelly has had a lot off success since taking over the Eagles last season, winning the NFC East in his first year in the league.

He's known for his revolutionary fast-paced offensive system, which has given his opponents so much trouble that his former defensive coordinator at Oregon, Nick Aliotti, said that's been approached by every other team in the division so they could stop Kelly's offense.

“I have been asked by everybody in the NFC East. The Giants asked me to come back when Chip got the first job. I didn’t feel right doing that. Some teams have called when they’re getting ready to play the Eagles and they call and have certain questions on the thing. Unless I know the guy and he’s a good friend, I don’t get involved with that.”

Philadelphia is currently 8-3 on the year and are in first place in the NFC East.