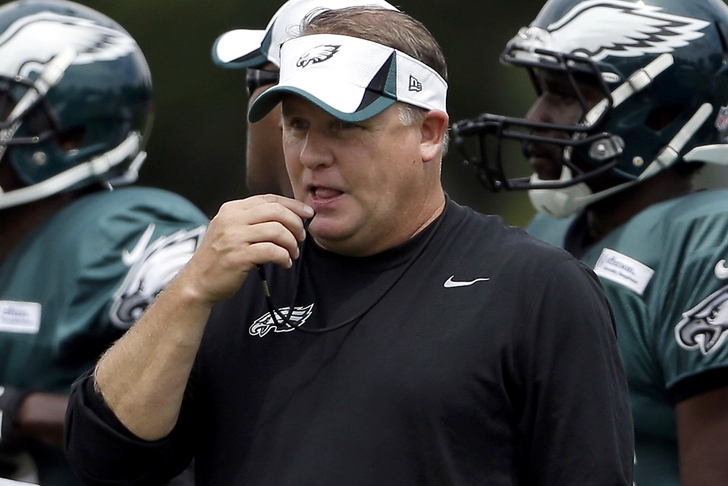 It's no secret that Philadelphia Eagles head coach Chip Kelly had his eye on his former college quarterback, Oregon's Marcus Mariota, and was trying to trade with the Tennessee Titans to move up and draft him. However, after the Titans' asking price was deemed too high, they turned to the Tampa Bay Buccaneers to try and move into the No. 1 spot, according to ProFootballTalk:

Per a source with knowledge of the situation, the Eagles offered the following to the Tampa Bay Buccaneers for the first pick in the draft:  the 20th pick in this year’s draft; Philly’s first-round pick in 2016; quarterback Sam Bradford; and another player on the roster.

It’s unclear who the other player would have been.  Possibly linebacker Mychal Kendricks.  Possibly Lane Johnson or Fletcher Cox, but the Eagles were expressing reluctance to include either of those pieces.

It’s unknown whether that same offer was made to the Titans, who held the No. 2 pick and ultimately used it on Mariota.  It’s reasonable to assume something similar to that was placed on the table.

Tampa Bay turned down that offer to draft Jameis Winston, and the Eagles drafted USC wideout Nelson Agholor with the No. 20 overall pick.