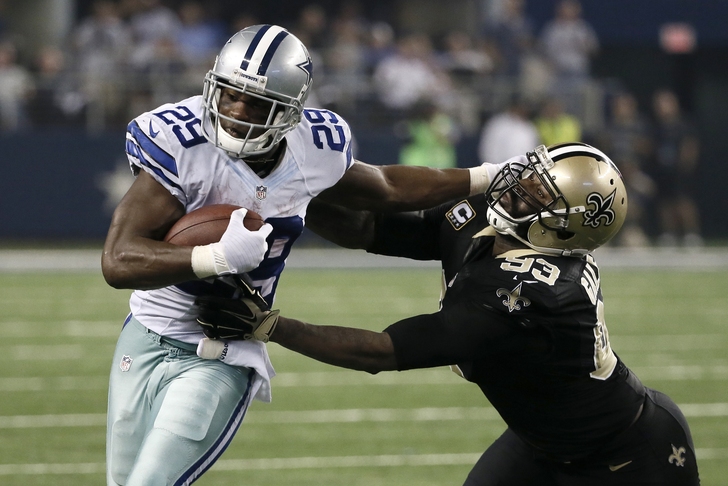 The Eagles and DeMarco Murray have reportedly reached a financial agreement on the deal outlined below, according to a source cited by Albert Breer of NFL Network (on Twitter).

His visit to Philadelphia stands as the last piece of the proverbial puzzle, per Breer.

The Philadelphia Eagles are closing in on signing 2014 NFL rushing champion DeMarco Murray away from the rival Dallas Cowboys, and they're planning on paying a major chunk of change to do so.

According to ESPN's Adam Schefter, the deal will pay Murray over $8 million per season over the course of five years, with half of the contract reportedly guaranteed:

DeMarco Murray's deal with Eagles is expected to be 5 years, $42 million, including $21 million guaranteed, per @mortreport and I.

Murray rushed for a league-leading 1,845 yards and 13 touchdowns in 2014, along with catching 57 balls for 416 yards. His usage rate dwarfed all other NFL running backs, and there is still some concern about Murray's ability to stay healthy in the face of such a heavy load.

However, Chip Kelly's creative offensive scheming could mean that Murray sees significantly less than the 392 carries he had with Dallas in 2014, giving him more rest and increasing the chances that he'll remain on the field for the prime years of his new contract.