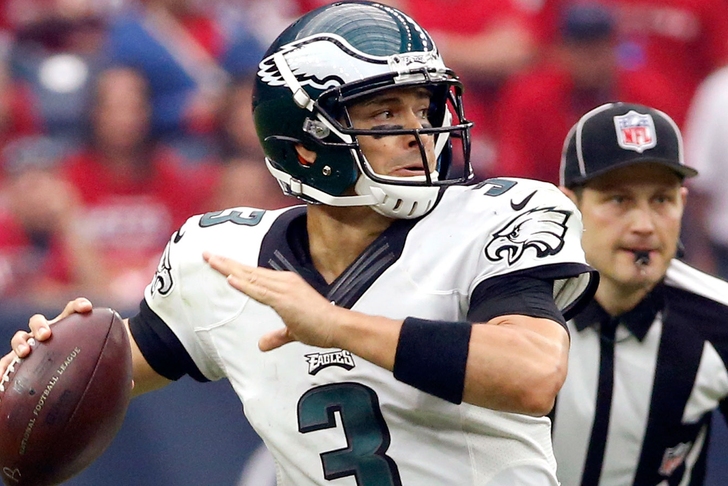 The Philadelphia Eagles have reached an agreement to retain quarterback Mark Sanchez, per a report by Ian Rapoport of the NFL Network. The deal will reportedly span two years at a price tag of $9.5 million with $5.5 million guaranteed, according to Mike Garofolo of FOX Sports.

This announcement is the latest in a blitzkrieg of activity by the Eagles prior to the official beginning of the league year (and free agency itself) on Tuesday, with the Eagles reportedly having come to terms with former Seattle Seahawks cornerback Byron Maxwell and former San Francisco 49ers running back Frank Gore on deals.

While the team can't officially acknowledge those moves until Tuesday, it's still abundantly clear that the Eagles are ready to aggressively attack the market this offseason both in regards to in-house and out-of-house free agents.

Sanchez's deal doesn't say too much about his place on the depth chart or the team's potential interest in trading up for someone like Marcus Mariota in the 2015 NFL Draft, but it's a strong indication that Chip Kelly at the very least wants a veteran QB on the roster to push Nick Foles for the starting job.