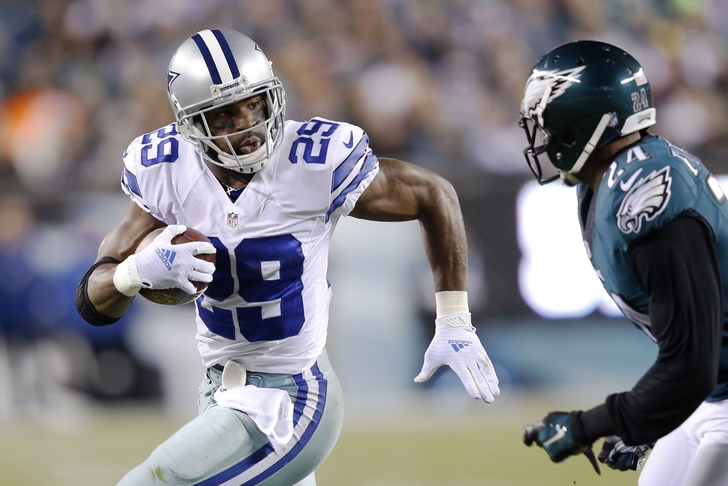 The Philadelphia Eagles are in the market for a running back after trading LeSean McCoy to the Buffalo Bills and seeing top free agent target Frank Gore sign with the Indianapolis Colts.

Now they've turned their attention to DeMarco Murray, and "mutual interest" exists between the two sides, according to ESPN's Adam Caplan.

Murray, the NFL's leading rusher last season, took notice when the Eagles made a trade with the Rams for QB Sam Bradford. They were college teammates at Oklahoma from 2007-2009 and have remained friends since.

Nothing tangible has come out of talks between the two sides yet, and the Eagles might just be trying to raise the price tag and cause the Dallas Cowboys to pay more than they intended.

Murray has said he wants to return to Dallas, but the Cowboys haven't met his asking price, opening the door to a departure.