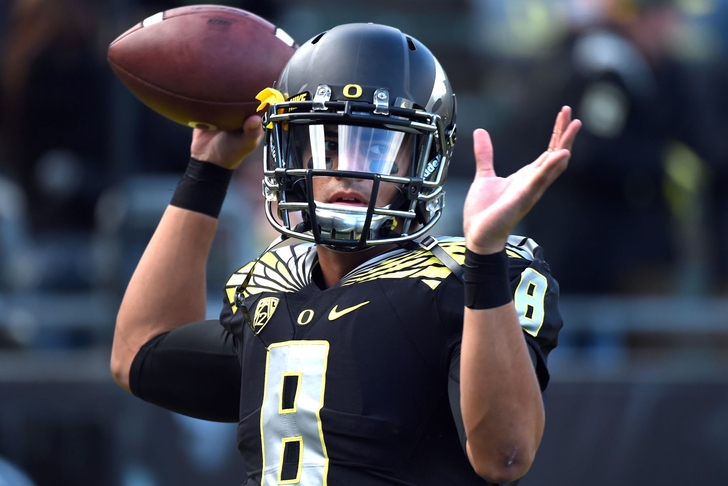 Philadelphia Eagles head coach Chip Kelly's former quarterback at the University of Oregon, 2014 Heisman Trophy winner Marcus Mariota, doesn't think that the Eagles' recent swap of Nick Foles for Sam Bradford diminishes the chances that the team will trade for him in the 2015 NFL Draft.

“I wouldn’t doubt it,” Mariota said to reporters on Friday in Atlantic City, via ESPN.com. “But coach Kelly and the Eagles are going to do what’s best for that team. We’ll see what happens.”

Mariota added that he's studied the draft projections, coming away with a pretty good idea of what the market for him will end up looking like.

“I think in the process of this entire thing, you understand what teams need quarterbacks,” Mariota said. “But there’s always going to be a team that might jump up and take you. So, it’s one of the processes where you just got to wait. It’s out of your control and let everything else unfold and see where you fall.”

The Tampa Bay Bucs hold the #1 pick, with the Tennessee Titans slated at #2. Both could indeed look quarterback, so the Eagles may have to barter with one or both of those teams if they're really in the market to vault up from #20.