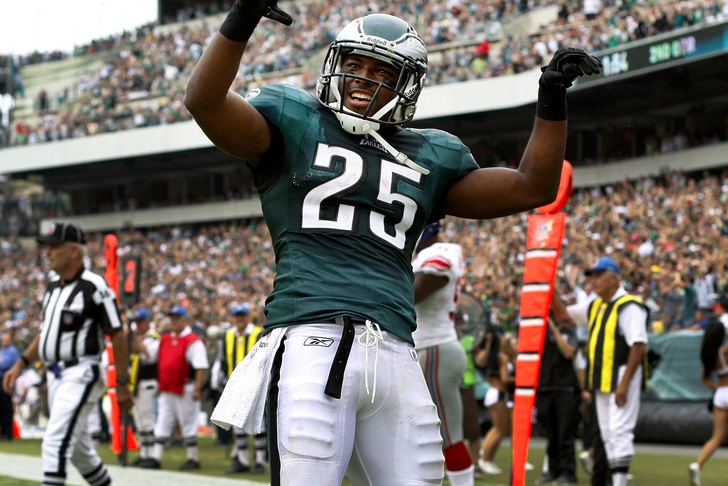 In Eagles rumors tonight, speculation is starting to pop up among many NFL analysts about what the dynamic between Philadelphia Eagles running back LeSean McCoy and new signing Darren Sproles will be in coach Chip Kelly's offense.

This question was posited by Lauren Moranor of Sports World Report, in response to several reports that McCoy and Sproles will actively compete for touches come Week 1 of the 2014 NFL season --

"Last season, Sproles had 220 yards rushing and another 604 yards receiving. That versatility has many believing Sproles could be the answer to the Eagles' offense without Jackson, but what about McCoy who is coming off some impressive numbers himself?"

However, with the release of controversial wide receiver DeSean Jackson, Moranor reports that the Eagles are looking at Darren Sproles to help make up for the loss of Jackson's production, rather than to outright compete with incumbent LeSean McCoy for carries.

To reinforce this, LeSean McCoy seems excited to have Darren Sproles on board, rather than nervous about seeing his own playing time diminish:

"I had 366 touches [last season], which is a lot. I think me having less attempts can help me be more productive and more deadly. Being fresh in the fourth quarter, things that you don't think matter really do make a big difference," McCoy stated to Fox Sports, which should help to easy any Philadelphia Eagles fans' fears that the two dynamic running backs may not be able to coexist in the same offense.

Your Eagles rumors whenever and wherever you want them. Download our new Chat Sports iPhone app, and follow our Eagles team page today.