Eagles Rumors: Jeremy Maclin Says His Contract "Will Take Care Of Itself" 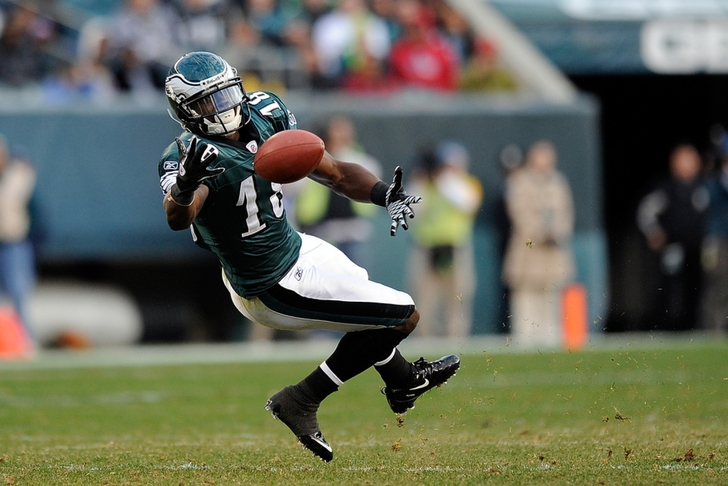 The Philadelphia Eagles reportedly will spare no expense to have free agent wide receiver Jeremy Maclin back in 2015 and beyond. Maclin reportedly wants to return. So, the 27-year-old emerging star isn't sweating the financials this early in the process.

"I'm excited about what the future holds," Maclin said on Friday, via Jeff McLane of The Inquirer. "Once again, both sides have made it known what we want to do. I think it will take care of itself."

Maclin's current deal will expire on March 10th, but the Eagles and the talented wideout have been talking about a long-term deal for months now.

So, with that in mind, does Maclin expect to be back in Philly when the 2015 season kicks off 7-and-a-half months from now?

"Yeah, I've always said that, but at the same time, man, you got to understand what's going on," he said.