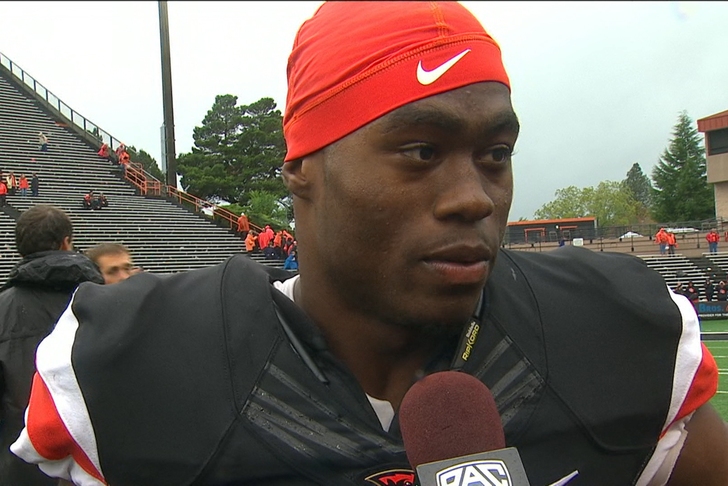 In Eagles rumors today, the Philadelphia Eagles may be looking to the 2014 NFL Draft as a way to bolster their wide receiving corps -- with the #22 pick perhaps where they would look to grab a wideout.

According to Jeff McLane in an article on Philly.com, three wide receivers top the list of potential draft picks for the Philadelphia Eagles in May -- Oregon State's Brandin Cooks, LSU's Odell Beckham, and Indiana's Cody Lattimer.

McLane sees Brandin Cooks as the best possible fit for the Eagles at #22, stating that "with a jumble of talented receivers expected to be available after Sammy Watkins and Mike Evans go in the top 10, the Eagles should have four to five options to add to a position of need. The question then is whom Kelly covets most. The guess here is Cooks, who has the versatility, yards-after-catch production, and toughness the coach looks for out of the position."

"Cooks may have similar traits to the departed DeSean Jackson (5-foot-10, 189 pounds, and a 4.33-second 40-yard dash), but he has shown, at least in college, that he is adept at making catches in traffic," McLane added.

Your Eagles rumors whenever and wherever you want them. Download our new Chat Sports iPhone app and follow our Eagles team page today.