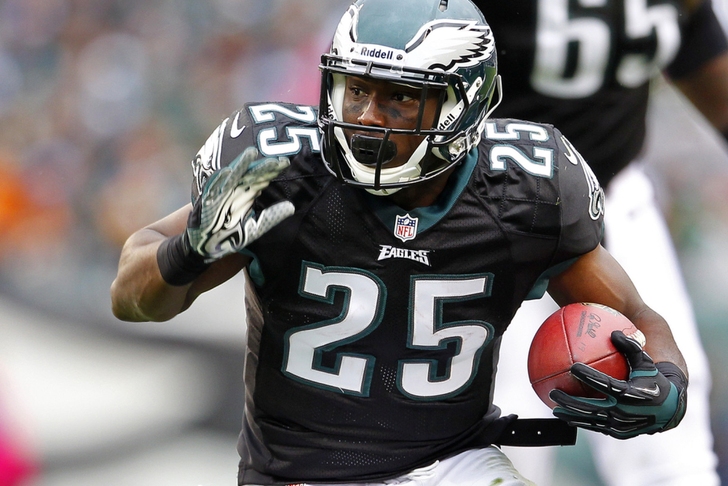 In Eagles rumors today, one of the most beloved members of the Philadelphia Eagles came to the defense of former teammate DeSean Jackson today, raising questions about his own future with the Eagles.

Per Mike Florio of Pro Football Talk, Philadelphia Eagles running back LeSean McCoy came to the aid of Jackson in an interview transcribed by Sheil Kapedia of PhillyMag.com: “I’m his teammate, or I was his teammate, and we connected very well off the field,” McCoy stated.  “I think this game, everybody’s professionals.  There’s guys that have kids, there’s guys that are a little older.  DeSean doesn’t have any kids so small things on a team that you really notice.  And off the field, I’ve bonded with DeSean.”

However, the most interesting part of this story is LeSean McCoy's insinuation that he could be the next big star to get cut from the Eagles, perhaps as early as after this season --

“You know that nobody’s safe in this game as far as being here forever,” McCoy said, clearly indicating that he doesn't quite feel as safe with his five-year, $45 million contract through 2017.  “But then you feel like alright well I’ve established myself so much, I did so much.  [But] anybody can go.  So I think it just makes you straighten up a little bit more.  Maybe things that you think that you can get away with, you can’t.  And that’s how it is.”