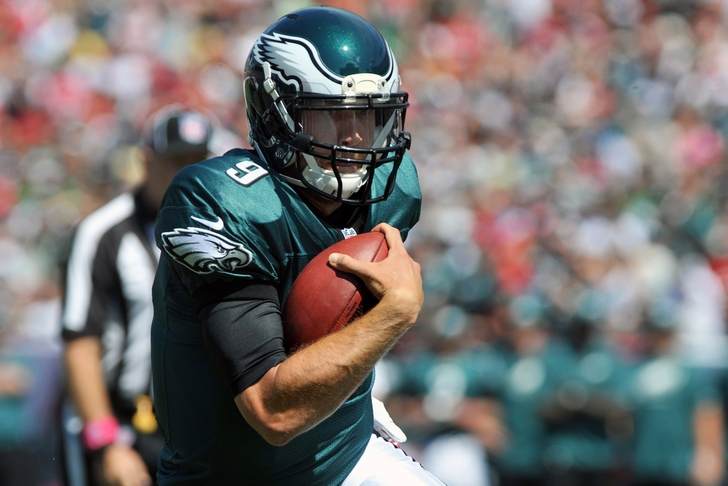 Philadelphia Eagles starting quarterback Nick Foles has officially been ruled out with a left shoulder injury, the team announced during Sunday's game against the Houston Texans:

UPDATE: Nick Foles (left shoulder) is OUT for the rest of the game.

Foles suffered the injury on the last play of the first quarter and was subsequently replaced by former New York Jets starting quarterback Mark Sanchez.

After an initial evaluation on the sideline, Foles was taken to the locker room for X-rays. Whatever was found on those X-rays was enough for the team to hold Foles out for the remainder of the game in Houston.

Foles has dealt with injuries to his left shoulder before, so it's possible that today's injury is just an extension of what he has suffered before.