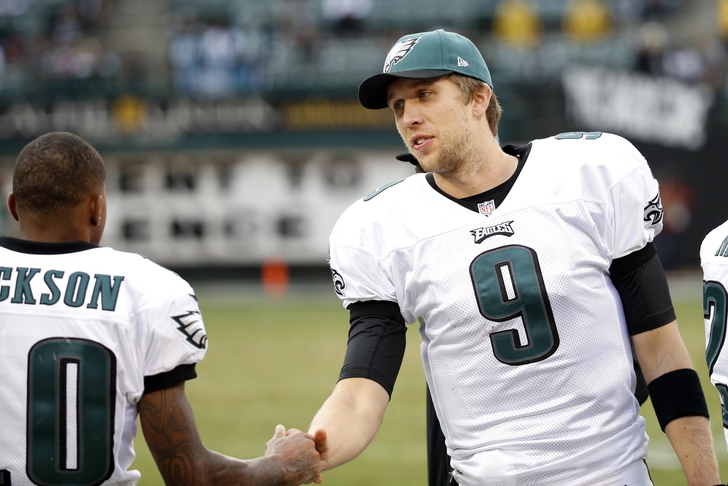 Nick Foles has officially been ruled out with his left shoulder injury, per multiple sources.

Mark Sanchez is slated to finish the game as Philly's quarterback.

Philadelphia Eagles starting quarterback Nick Foles injured his left shoulder on the final play of the first quarter against the Houston Texans.

He departed the sideline after a short evaluation, heading to the locker room for X-rays. His return to the game was officially listed as questionable shortly after.

Foles was sacked twice in the first quarter, and was constantly forced to evade heavy pressure for the majority of his time on the field. He was 10-for-13 for 124 yards and one touchdown and one pick-six.

Former New York Jets quarterback Mark Sanchez relieved Foles and proceeded to throw a touchdown pass upon his entry into the game.

Foles, on the other hand, is faced with a potential injury to a left shoulder that has been problematic for him before.