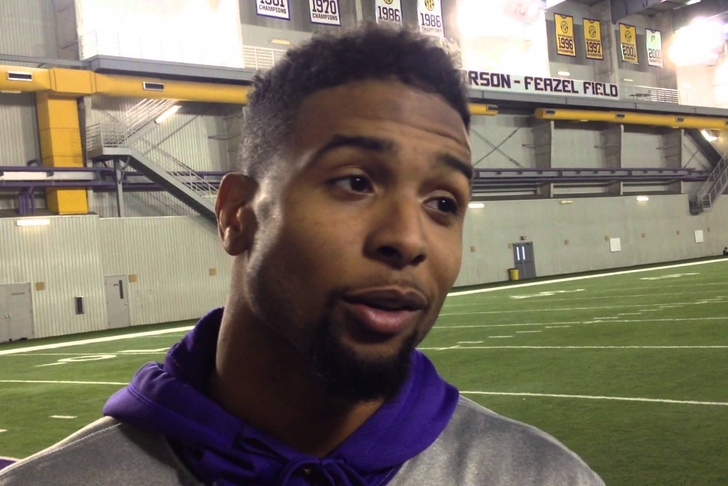 In another edition of Eagles news for your weekend, former LSU wide receiver Odell Beckham Jr. will be visiting the Philadelphia Eagles on Wednesday and Thursday this week -- prompting speculation on whether the Eagles are targeting him in the first round of May's NFL Draft.

According to Geoff Mosher of CSNPhilly.com, "the 5-foot-11, 198-pound wideout clocked a 4.43 in the 40-yard dash at the NFL Combine after being named first-team All Southeastern Conference as an all-purpose player. Scouts see Beckham’s ability to play outside and the slot, along with returning punts and kicks."

Beckham sounded excited telling Sirius XM radio about his visit on Wednesday, and the Eagles could be just as excited. Beckham is projected just behind Clemson wide receiver Sammy Watkins and Texas A&M wide receiver Mike Evans on most draft analysts' boards, making him almost a consensus pick for the third best receiver in a deep draft at the position.

Per Mosher, "Beckham said he had already visited the Bills and Bengals, with the Jets, Eagles and Dolphins up next on his list this week."