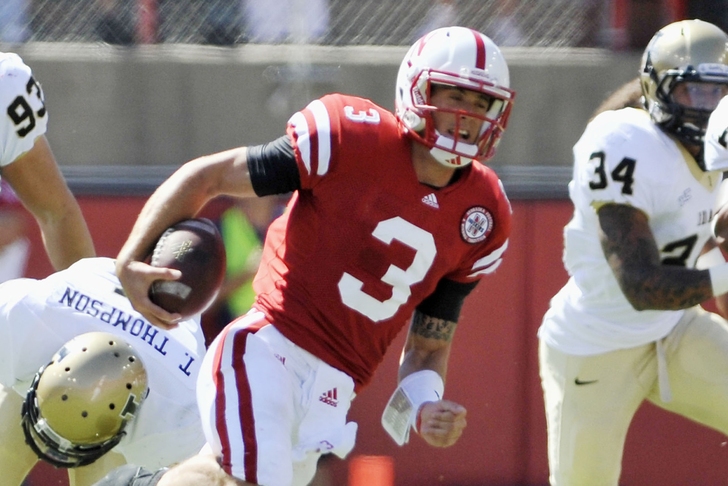 In Eagles news today, former Nebraska Cornhuskers quarterback Taylor Martinez's stay in Philadelphia was a short one -- as a failed physical has led to his undrafted free agent contract with the team being voided.

Per Mike Florio of Pro Football Talk (via information obtained from HuskerOnline.com), "the problem was a foot injury that wiped out most of Martinez’s senior season with the Cornhuskers.  He was slated to play receiver or defensive back with the Eagles, and he was regarded as a long-term project."

Taylor's father informed HuskerOnline.com that his son will elect to have surgery on his injured foot, while dealing with the disappointment of his NFL dreams being put on hold:

“We can’t believe it,” Taylor's father, Casey, stated to the website.  “The Eagles treated him great the brief time he was there. It’s crushing. It was a perfect fit for him."

While Martinez's chances of becoming an NFL player are by no means dashed, it will be a very tough road for him to garner a second chance with the wealth of talent available on the market.