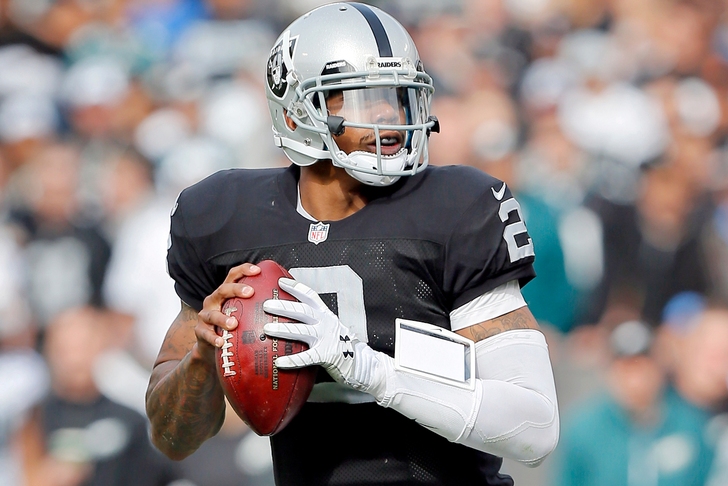 The Philadelphia Eagles will be without starting quarterback Nick Foles for several weeks, the team is looking to the free agent market for depth options behind current starter Mark Sanchez.

Per Michael David Smith of NBC's Pro Football Talk, "Terrelle Pryor and Thad Lewis have both worked out for the Eagles, a league source tells PFT."

Pryor, the former Ohio State Buckeyes star and Oakland Raiders starting quarterback, has shown a unique level of athleticism during his short time in the NFL. However, he was cut by the Seahawks at the end of the 2014 preseason after he failed to progress as a traditional passer.

Thad Lewis started five games for the Buffalo Bills in 2013. Yet, despite playing decently well at times, Lewis was also cut at the end of the preseason.

At this point, head coach Chip Kelly may stand pat with Sanchez as the starter and Matt Barkley as the backup. However, if Sanchez struggles at some point, either Pryor or Lewis could be wearing Eagles green at some point this season.