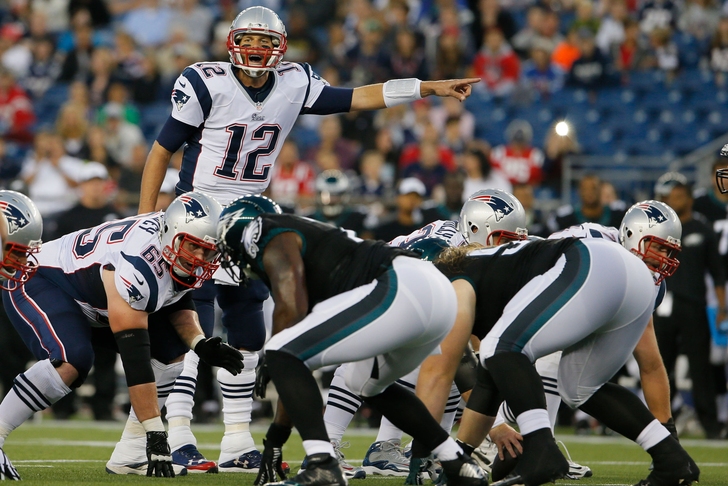 We know that the defending Super Bowl champion New England Patriots will host the 2015 NFL season opener when the campaign kicks off on September 10th. We also have a pretty good idea that their opponent will not be the new-look Philadelphia Eagles.

...if history's any indication, the Patriots won't be playing the Eagles and here's why: Philadelphia plays its final preseason game on the road, against the Jets.

So what does the Eagles' final preseason game have to do with the regular-season schedule?

Of the 10 non-Super Bowl winning teams who have played in the regular-season opener since 2005, not one of them has played its final preseason game on the road.

For instance, in last season's game, the Packers had to travel to Seattle for the opener, but they didn't have to travel for their final preseason game because they played the Chiefs at home.

There has been speculation lately that a Patriots/Eagles matchup would be the NFL's dream choice for an opener, but it's a likely a longshot at this juncture.