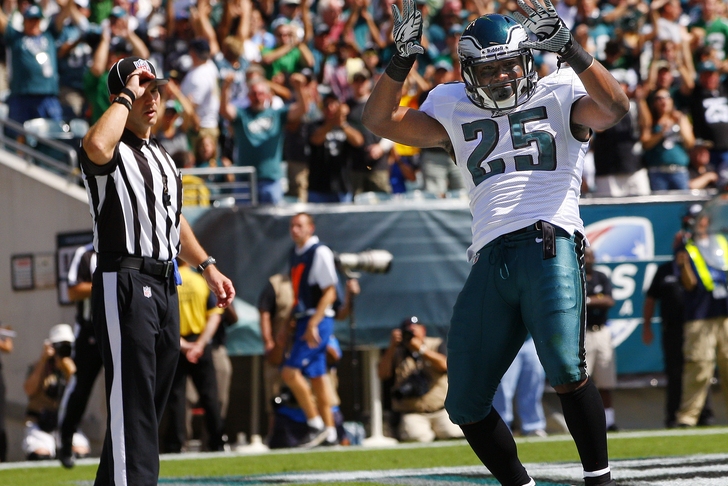 When TMZ.com cameras caught up with LeSean McCoy at LAX International Airport on Saturday night, they asked who he thinks the most talented NFL quarterback without a team is, name-dropping Vince Young and Tim Tebow.

TMZ followed up that bombshell by asking whether McCoy was looking to train his young son to carry on his NFL legacy-- "It's his decision," said the Eagles star running back, perhaps keeping Tim Tebow safe for now from the wrath of McCoy's toddler.

TMZ states that McCoy "couldn't have been nicer," but with video of LeSean McCoy capping on Tim Tebow now free to circulate the internet, Tebow may not fully agree.

Your Eagles news whenever and wherever you want it. Download our new Chat Sports iPhone app, and follow our Eagles team page today.