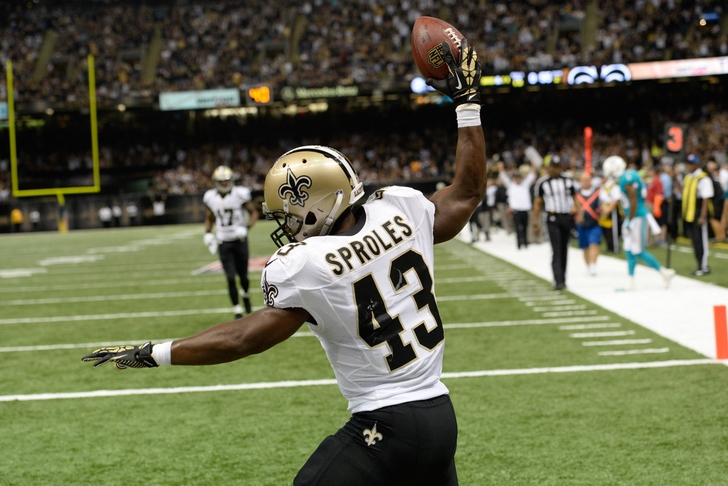 The Eagles news cycle has been hyper-focused on the mountain of drama surrounding former Philadelphia Eagles wide receiver DeSean Jackson over the past week.

However, one of the Eagles' mainstays seems be much happier to focus on what the team does have, than controversy over players no longer with the team.

Per Josh Alper of NBCSports.com's Pro Football Talk, Eagles running back LeSean McCoy turned his attention over to newly-signed free agent running back Darren Sproles, showing excitement over what the Sproles signing will do for his game and the Philadelphia Eagles in general --

“Signing Sproles helps me out as a running back,” McCoy stated. “I can go in a game even more fresh because I’m getting less carries and less attempts. I had 366 touches, which is a lot. I think me having less attempts can help me be more productive and more deadly."

McCoy's 366 touches led to 2,146 all-purpose yards in 2013, marking the first time in the Philadelphia Eagles five-year veteran's career that he eclipsed 2,000 yards in that statistic. His previous career-high was 1,672 all-purpose yards back in 2010.

Yet, McCoy seems less worried about losing numbers, and more excited about the added dimension that a player of Sproles' caliber can bring to the table -- "Now defenses have another guy that they have to prepare for. They have to watch out for so many different things, and it’s hard."

"They only get a week to prepare for us."