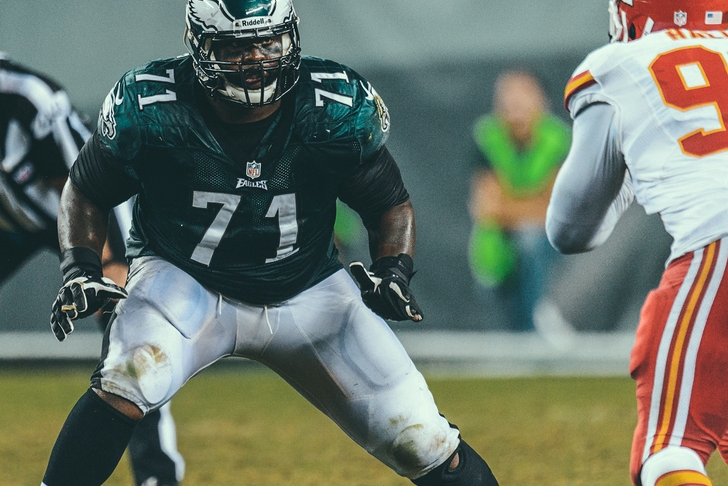 Washington Redskins nose tackle Chris Baker was the only other player reprimanded, as he was fined $8,268 for his actions, per an Associated Press report.

The fight took place after Baker blindsided Eagles QB Nick Foles in the fourth quarter on an interception that was later overturned. The teams began jawing at each other, before engaging in a pushing and shoving match. Peters and Baker were both ejected after the melee.

Per the league's ruling, Peters' fine was for hitting an opponent in the head while play was halted. Baker was fined for grabbing and pulling at an Eagles player's facemask.

Neither player will face suspension going forward for their respective actions.