Eagles News: Eagles to be investigated by NFLPA over DeSean Jackson release 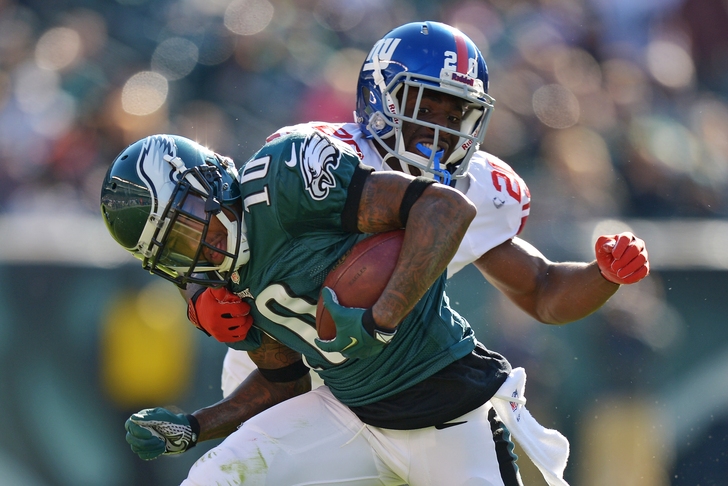 In a perhaps troubling bit of Eagles news for the end of your work week, the ongoing saga surrounding the Philadelphia Eagles' release of star wide receiver DeSean Jackson doesn't look like it will stop anytime soon.

NFLPA executive director DeMaurice Smith was interviewed on ESPN's The Mike and Mike Show on Friday morning, and made it clear that the Players' Association will be looking into whether or not the Eagles were the source which leaked rumors of a possible affiliation between DeSean Jackson and gangs around his Southern California home --

“We’ve been in touch with DeSean, and first and foremost he is a tremendous football player and great young man,” Smith stated, as reported by Mike Jones of the Washington Post.

“On the issue of how he was released, whether or not there were comments or leaks from the team, misinformation to the media coming from the team, that’s something that we’re going to look at. We’ve always been aggressive about protecting the integrity of our players.”

An NFL spokesperson provided confirmation today on the investigation into the Philadelphia Eagles' business practices: however no timetable, or possible concrete punishment, has been defined.

Speaking with ESPN's Stephen A. Smith, Jackson expressed doubt that the Philadelphia Eagles would have leaked such information -- false or not --

Asked if he believes the #Eagles leaked the gang connections story to the media, DJax told ESPN: "I would hope not. ...No."

Sources close to the Eagles have come out in the past day to say that the 27-year-old's ultimate demise in Philly was due to insubordination, and not due to any alleged gang ties.

Your Eagles news whenever and wherever you want it. Download our new Chat Sports IPhone app, and follow our Eagles team page today.