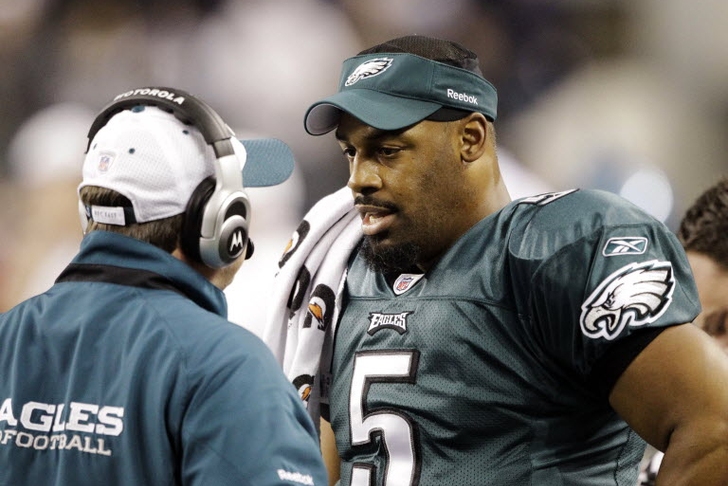 Can Nick Foles repeat last year's heroics for the Philadelphia Eagles? His predecessor doesn't seem to think so.

Donovan McNabb appeared on 97.5 The Fanatic Tuesday morning, and said he just doesn't see Foles as a "Franchise quarterback".

"...if I had to give a take, I would say no," McNabb said. "I think what he will do, he won't do what he did last year, that just won't happen. I see him being maybe a 25 touchdown, 8-10 interception guy. They're trying to have in the mind of Nick Foles, you don't have to take chances all the time.

"There's nothing wrong with checking down to the tight end, to your running back. It's not the kind of offense that we're going to score on the first play of the drive and get off the field. The big thing is, don't worry about what you did last year.Things are going to change. Defenses are going adjust to you. They'll try and take away LeSean McCoy but you are the focal point and they are going to make you beat them."

"Foles isn't known for his ability to get out of the pocket," McNabb said. "I told him on my radio show, I said to him, 'Does anyone tell you you have the speed of a turtle?' But with his size he does a great job moving in the pocket and getting the ball out, getting it to his guys quickly."

The Eagles host the Jacksonville Jaguars on Sunday, with kickoff scheduled for 1:00 PM ET.