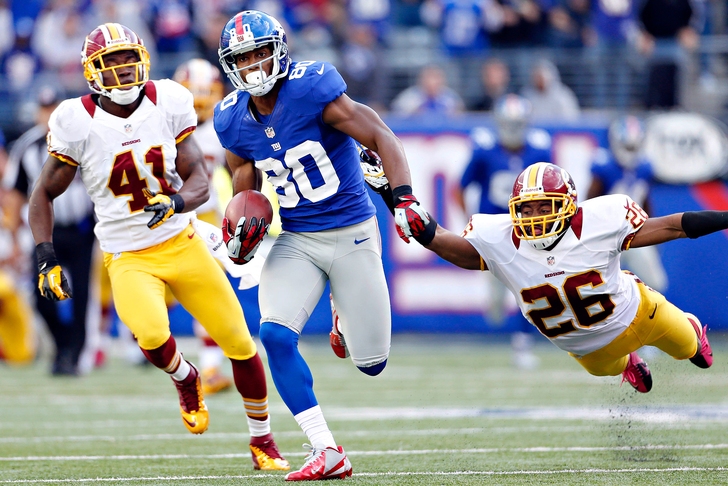 The Philadelphia Eagles and New York Giants aren't exactly bosom buddies, which makes this next news bit even more awesome in its humanity.

"It was amazing, overwhelming almost, to see how many people reached out, how many people have sent things to my home, how many have sent their regards, sent me text messages, emails, and just to know the kind of effect I have on people and kind of the thing that they sent and the amount of people that sent," Cruz said via conference call Friday, courtesy of  Jordan Raanan of NJ.com.

"Chip Kelly came to visit me in the hospital in Philadelphia after the game and whatnot. Just to know that things like that, the way I carry myself and the way I play the game just fuels people and gets them excited and has them think about me that much more to come visit me and make sure I'm OK, it's just overwhelming. It's a great feeling."

Cruz is expected to miss four-to-eight months as he recovers from his catastrophic injury, but his spirits seemingly remain high.