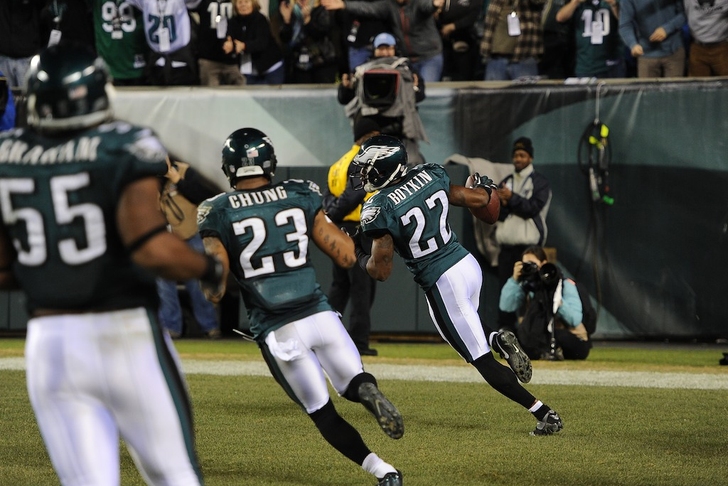 After playing just 32 percent of the Philadelphia Eagles' defensive snaps in the first three games of 2014, slot cornerback Brandon Boykin is growing tired of watching from the sideline more often than not.

“I’m not going to lie and sit here and say that I’m OK with that. I want to play more,” Boykin said, via Jeff McLane of Philly.com and Michael David Smith of NBC's Pro Football Talk. “I want to be on the field. And I’m not playing as much because of the situation and that situation is frustrating to me.”

Eagles defensive coordinator Bill Davis recognizes Boykin's talent, but still believes Bradley Fletcher and Cary Williams to be the better options on the outside. This will continue to limit Boykin's playing time as basically a third corner in the slot.

“I can’t say this enough: I love the guy and I love what he brings and I love him in the nickel spot. There’s only 11 spots on the field. If there were 12 he’d be out there,” Davis stated. “If you want to start him at corner, then you say he’s better than Fletch and Cary out there. Obviously we start who we think are the best players at those positions.”

Boykin seems adamant about proving himself to be one of those "best players" before long.