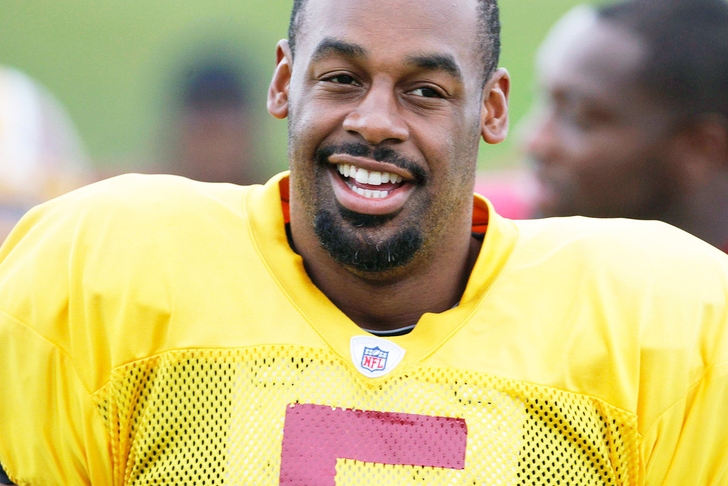 McNabb's mugshot reportedly stems from a DUI arrest in January, and it's unclear why it was released to the public four months later. TMZ is reporting that McNabb pleaded guilty and was sentenced to one day in jail, but since it's TMZ (and the case information timeline doesn't match up with that - McNabb won't face trial until next month), take it with a very, very large grain of salt.

After digging through some records, it appears that the arrest may have been driving-related. According to this filing on the County's official website, McNabb was arraigned on January 15th for a "criminal traffic" case, and has changed his plea three times. The original incident happened in January and the case is scheduled to go to trial in May, so it's still unclear why the mugshot came out today. We'll continue to provide updates as we learn more about this developing story.

Former Eagles QB Donovan McNabb has been arrested in Arizona, according to widespread reports. Details of the arrest are currently unavailable, but we'll update this article as soon as we find out more.

Here's a mugshot, courtesy of @azfamily:

The MCSO, or Maricopa County Sherriff's Office, hasn't released any details pertaining to the arrest just yet. McNabb is currently working as an analyst for Fox Sports Live.