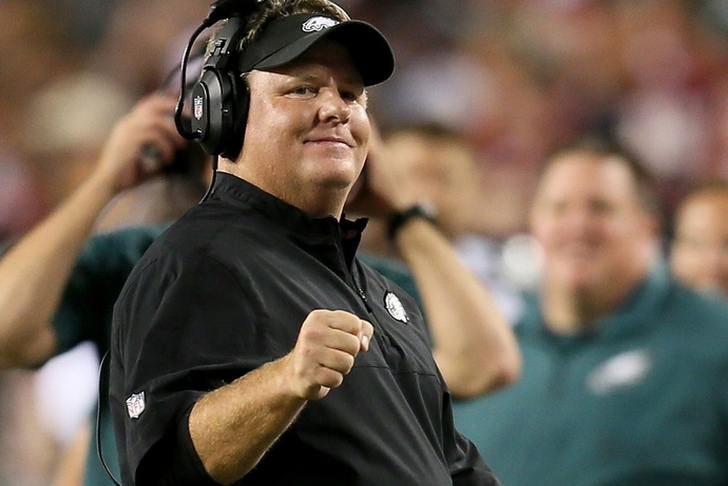 Despite a 10-6 record, the Philadelphia Eagles just missed out on the playoffs last season. The Eagles have won 10 games in each of Chip Kelly's first two seasons, but the mad scientist drastically altered the roster. The entire offensive backfield is different and Kelly pumped large amounts of money into his defense. Even with the all the changes, the Eagles are in a great position to make the postseason. Here are four reasons why the Eagles are guaranteed to make the playoffs this season.

The trade of LeSean McCoy brought former Bills LB Kiko Alonso to the Eagles. He missed all of last year with a torn ACL, but was one of the best MLBs in his first season. DeMeco Ryans is trying to comeback after an Achilles rupture. He's a more of a two-down player at this stage in his career, which is where third round pick Jordan Hicks comes into play. If everyone stays healthy, the Eagles will be much better than last year at linebacker.

The Eagles secondary looks very different from last year, which is a good thing. Starters Nate Allen, Cary Williams and Bradley Fletcher are all gone. Walter Thurmond will take over at safety and the Eagles paid Byron Maxwell big bucks to start. Eric Rowe, Nolan Carroll or Jaylen Watkins could replace Williams. Even after trading away Brandon Boykin, leaving a hole at nickel corner, the Eagles should be better this season.

3. Depth At Running Back

McCoy might be in Buffalo, but the Eagles still have talented tailbacks. DeMarco Murray is coming off his best season ever and is a better fit for Kelly's offense. Ryan Mathews has played great when he's actually been healthy. Both have injury concerns, but if one gets hurt, the other can step up. Both Darren Sproles and Kenjon Barner offer potential in the receiving and return game.

The Eagles have the 23rd easiest schedule this season. The Cowboys were great last year in the NFC East, but the Giants were average and the Redskins were terrible. With Chip Kelly at the helm, the Eagles should find their back to the postseason with the easy schedule.