4 Reasons Why The Eagles Will Win The NFC East 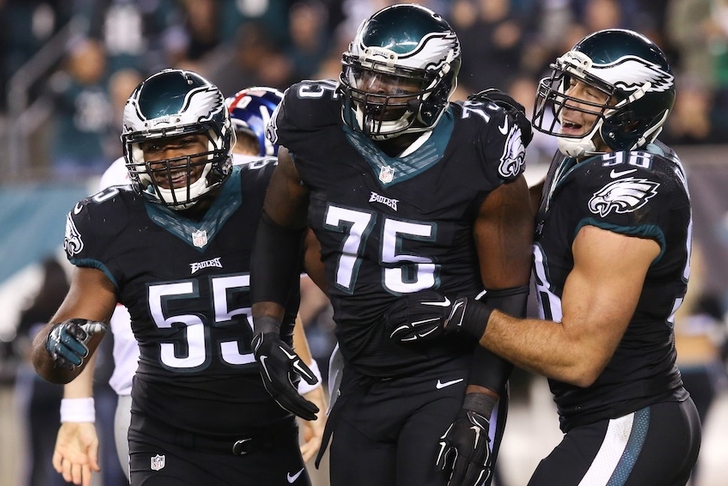 The past two years under Chip Kelly, the Eagles have finished the year 10-6 only making the playoffs the first year.  With a totally new roster filled with only 15 players from the Andy Reid era in Philly, the Eagles lost many game changing players like LeSean McCoy and Trent Cole.  While these moves left most Eagles fans scared, Chip had a plan.  He added the reigning AP Offensive Player of the Year Demarco Murray, Byron Maxwell, Sam Bradford, Kiko Alonso, and more, creating a new-and-potentially-improved Eagles.  With all these new additions, here's why the Eagles beat out the Cowboys in the NFC East race this year.

The Eagles schedule is the 10th easiest in the NFL at .475, based off of opponents winning percentage last year.  They play only 5 of last year's playoff teams, and they beat all three that they played last year.  Another big advantage is that the only amazing team they have to play are the Patriots, while the Cowboys have to play the Patriots, Seahawks, and the Packers.  The Eagles also play in 6 primetime games, including three straight.  Generally, the Eagles perform better under the lights on nationally broadcasted television, adding more wins, which will be key in order to beat out Dallas.

The Eagles have three running Backs who would start for the Cowboys in Demarco Murray, Ryan Mathews, and Darren Sproles.  As of now, the Cowboys starting running back is either Joseph Randle, who has only 105 career attempts, or Darren Mcfadden, who has missed  a quarter of his games.  This may not be a very big deal, due to the Cowboys incredible offensive line, but it definitely still gives the Eagles  a huge advantage to the NFC East title.

The Eagles defense has improved drastically by fixing up a shaky secondary through the draft and free agency.  The team drafted CB/S Eric Rowe, CB JaCorey Shepherd, and CB Randall Evans, while also picking up CB Byron Maxwell and CB Walter Thurmond(who will be playing S).  The Eagles also added Kiko Alonso, who can easily be one of the best in the league if he can manage to stay healthy.  If the Eagles improve a defense that ranked 28th in yards allowed, they will will the NFC East and make the playoffs.

The Eagles have too much talent on their roster to fail.  3 of the 4 projected starters in the secondary have Super Bowl rings.  On their defensive line, Fletcher Cox is emerging into a guy who will produce every snap.  Connor Barwin and Brandon Graham on the outside will produce 20 sacks in total and can be an amazing duo.  The Eagles Middle LInebackers are the best in the league with Demeco Ryans, Mychal Kendricks, and Kiko Alonso who will be unstopable.  The Offense will always produce with Chip's scheme, but now with a young receiving core with Jordan Matthews, Josh Huff, and Nelson Agholor they willl be dynamic.