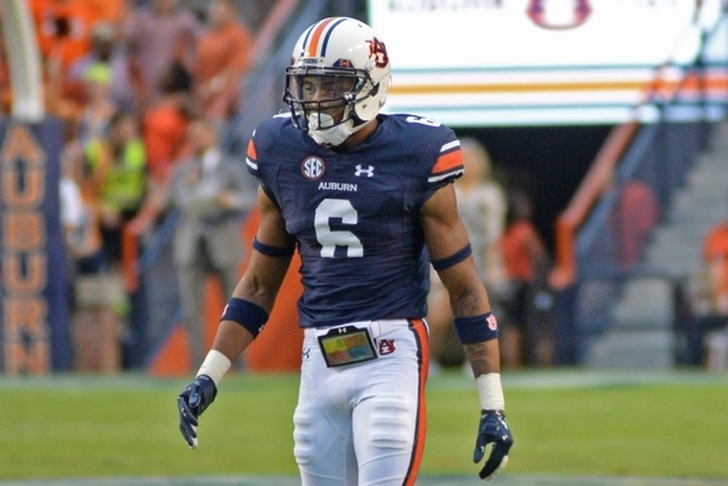 The Philadelphia Eagles dominated the regular season finishing with the best record in the NFC. However, once starting Quarterback Carson Wentz went down with an ACL injury in Week 11, many people thought the Eagles season was over. The Eagles proved the doubters wrong and went on the win their first Super Bowl in franchise history 41-33 over the heavily favored New England Patriots. With the No. 32 overall pick in the draft, the Eagles are hoping to land an impact player to help pursue back to back championships. Here are the four players the Eagles should target in the first round of the 2018 NFL Draft.

The Eagles may have one of the best defensive lines in the NFL due to their depth. The Eagles secondary, however, could use some extra bodies and Blanding could also be a replacement for Corey Graham as the team's third safety. Blanding is an excellent tackler and more of a strong safety at this point, but he's someone who could help the Eagles right away.

The Eagles need a third linebacker who can play in base formations and Jefferson would be a great fit and then some. Jefferson has all the tools to be a game breaker against both the run and in coverage. Jefferson is finally starting to live to his potential as a dynamic linebacker, leading the Longhorns in tackles, tackles for loss, and sacks.

Patrick Robinson is a free agent this offseason and if they are unable to bring him back they should look to add Davis. The cornerback class in this year's draft is very balanced with a ton of depth, which means solid options will be available to the Eagles at the end of round one. Enter Davis, who is a starting-caliber cornerback who figures to be available late in the first round.

If there is one offensive tackle flying under the radar right now, it's Chukwuma Okorafor because he played at a smaller school like Western Michigan.  He has all the tools scouts and teams look for in an offensive tackle with the size, length, plus athleticism, and proper technique. The Eagles need a left tackle and Okorafor is a right tackle, however, they could move Lane Johnson to left tackle to help protect Wentz's blind side.