3 Reasons Why The Philadelphia Eagles Should Hire Chuck Pagano 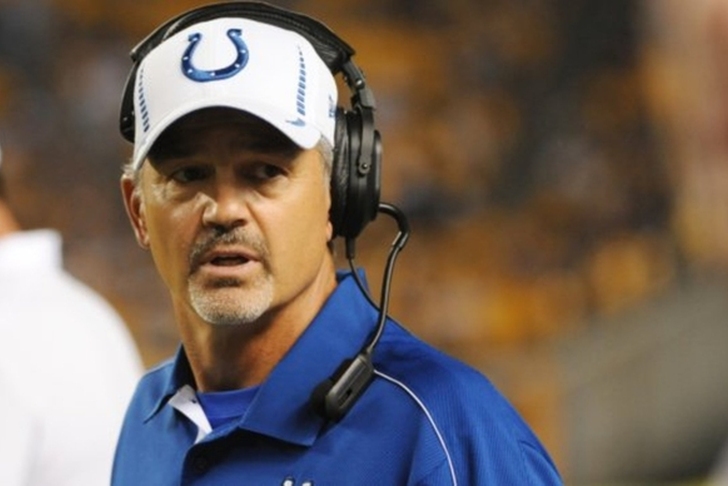 The Philadelphia Eagles are looking for a new head coach after firing Chip Kelly, and there are several directions they can go with their next hire. Philadelphia is already set to interview Bears offensive coordinator Adam Gase and Pat Shurmur, who was the Eagles offensive coordinator over the past three years, but their best fit might be Colts head coach Chuck Pagano.

While Pagano is still under contract with the Colts, they're expected to fire him very soon - and the Eagles should jump on that opportunity. Here are three reasons why Philadelphia should hire Chuck Pagano:

3) Players coach
Looking for a diametric opposite to Chip Kelly? Want a players' coach who's not going to alienate his biggest stars in favor of a concrete system? Pagano may (allegedly) have authority issues and doesn't always play nice with others, but he'd be a breath of fresh air for an Eagles team that was suffocating under Kelly's iron fist. Pagano's players have loved him everywhere he has been, and Philadelphia really needs someone who can reunite the locker room.

2) Proven track record
Philadelphia expects their team to make the playoffs each and every year, and Pagano has proven he can have consistent success at the NFL level. In his four seasons with the Colts, they went 11-5 three straight times with three straight playoff berths. While that apparently won't be enough to offset one 8-8 season in Indianapolis, Philadelphia should jump at the chance to bring in someone with that much playoff experience.

1) Defensive specialty
The Eagles have plenty of talent to piece together on defense despite ranking third to last in total D this year, and Pagano's got the pedigree to make things work with 24 years of experience as a defensive assistant. Byron Maxwell would also THRIVE with a secondary-minded coach like Pagano in the fold. Many pointed to Philadelphia's offensive struggles as the biggest reason for their struggles this year, but it's really their defense that needs the most work. Pagano would get the most out of their existing talent and turn them back into a playoff-caliber team.