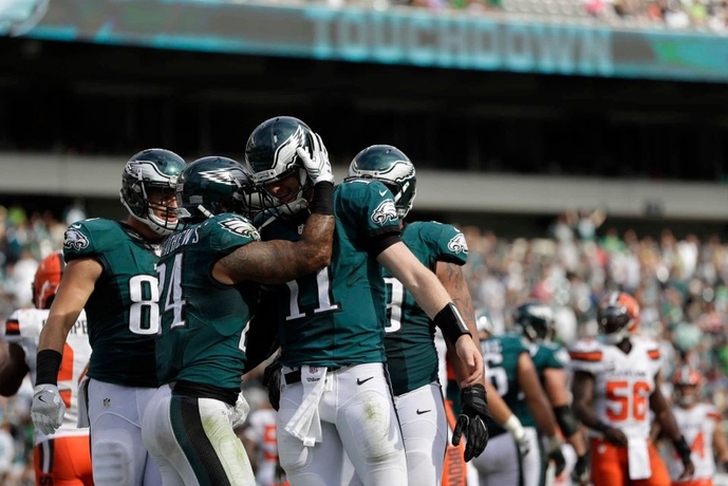 The Philadelphia Eagles suffered their second straight defeat this past weekend, and now comes one of their toughest tests of the season against the Minnesota Vikings. Many expect the Vikings to continue their undefeated season, but we think otherwise. Here are three reasons why the Eagles will win on Sunday:

3) Sam Bradford will regress to the mean
Bradford has been playing the best football of his career since being traded to the Vikings, and you know he wants to perform well against the team that traded him. However, Bradford has to regress back to the player he's been his whole career sooner or later.

Bradford will start to come back down to earth at some point, and I'm betting on it starting this game.

2) Minnesota's terrible rushing attack
The Eagles have a top six defense in terms of yards allowed per game, but rank just 18th in rushing defense (which really tells you how good they are against the pass). Luckily for them, Minnesota ranks dead last in the NFL in rushing - by a large margin. Because there's no threat of a run, Philadelphia can drop more guys into coverage to make Bradford's job that much more difficult.

1) Philadelphia's multi-dimensional offense
Yes, the Vikings' defense has been the best in the NFL this year, but they haven't been tested against a team like the Eagles yet this season. Only one of their games have come against a team that currently has a winning record (Packers), and only one of their wins have come against an offense that ranks in the top half of the league. Philadelphia ranks fourth in the league in points per game, and while they won't look like their usual selves against Minnesota, they should have more success than the other teams the Vikings have faced.