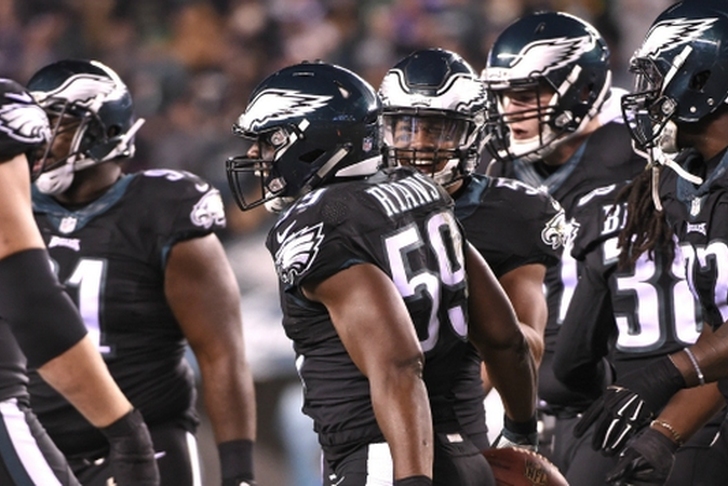 The Philadelphia Eagles need to beat the 11-2 Arizona Cardinals on Sunday to keep pace with the Redskins and Giants in first place in the NFC East. Coming off of two straight wins, the Eagles are playing as well as anyone and are looking to continue their win streak. Here are three reasons why they're guaranteed to upset the Cardinals this weekend:

The Eagles rank second in the NFL in takeaways (25) this season, and they've used their ball-hawking skills to pick up big wins down the stretch - especially in their victory over the Patriots. They'll sure have their chance to make plays against the Cardinals, who rank in the bottom-half of the league in giveaways, turning the ball over 19 times this year. If Philadelphia can find a way to force multiple turnovers in this game, they'll win.

2) The return of Sam Bradford

Philadelphia drastically struggled when Bradford was forced to miss two games due to injury, but they haven't lost since he returned against New England. The Eagles have averaged 29 points per game with Bradford under center over the past month, compared to just 15.5 without him. That ability to move the ball with consistency will be key against the Cardinals team that is second in the NFL in scoring.

The Eagles relish the opportunity to take down one of the league's best teams in primetime at their own stadium, but this game is all about keeping their playoff hopes alive. Another loss would likely put them a game behind in the NFC East race with only two games remaining, putting their chances of making the postseason at practically zero. Expect Philadelphia to play with a sense of urgency, desperation, and focus that Arizona won't be able to match.