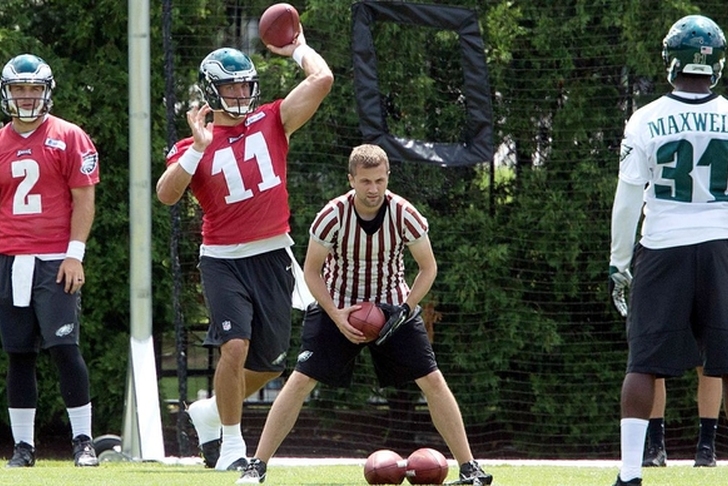 The 2015 Philadelphia Eagles have their sights set on the Super Bowl following a very intriguing spring, but there's still plenty to be sorted out as we move in training camp. Here are three positions battle to watch throughout the preseason:

Philly's top two quarterback spots are set with Sam Bradford and Mark Sanchez, but Tim Tebow and Matt Barkley will be battling it out for the No. 3 job. This contest is notable simply because of Tebow's presence, and the fact that one of the two's NFL careers will likely be over. Both players have well-known names from their college stardom, creating some intrigue late in preseason games.

Zach Ertz took more reps with the first team this spring than the incumbent Brent Celek, and looks poised for a breakout season. Celek has been with the Eagles since 2007, but Ertz's athleticism and quickness might mean it's time to turn the page on the position on Philadelphia.

It seems like a lock that Jordan Matthews will start in the slot, but Riley Cooper, Josh Huff, and rookie Nelson Agholor are battling for the two spots on the outside. Cooper and Huff appear to have the leg up because of their veteran experience, but both players have struggled and were inconsistent last season. Meanwhile, Agholor has looked too good to keep off the field and is primed to steal a spot with a good preseason.

That being said, the Eagles use a lot of four wide receiver sets, meaning all three guys will see a good deal of playing time.