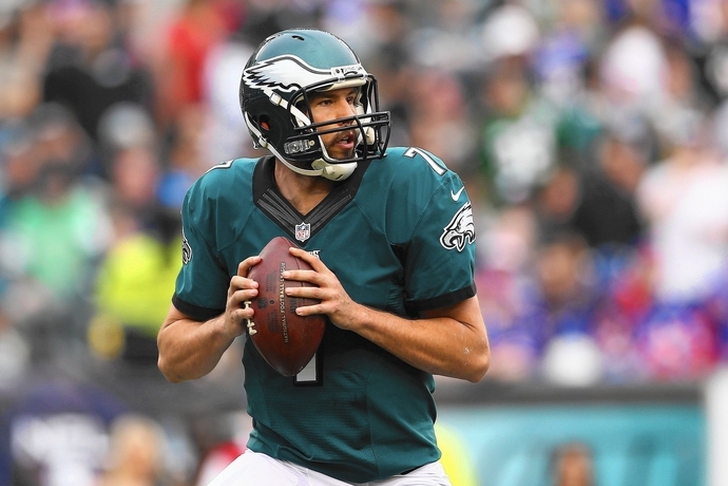 Quarterback Sam Bradford has returned to the Philadelphia Eagles after rescinding his trade request, but it's clear that he's unhappy with the situation in Philly as the placeholder ahead of Carson Wentz. If Wentz proves that he's more NFL-ready than we think he is in training camp and in the first few weeks of the season, Bradford could find himself playing elsewhere. Here are three other teams Bradford could play if the Eagles decide to get rid of him:

New York Jets
New York's quarterback situation is in extreme limbo as they have yet to re-sign last year's starter Ryan Fitzpatrick, and they don't want to go into the season starting Geno Smith, Christian Hackenberg or Bryce Petty. Chances are they'll find another answer, or work out a deal with Fitzpatrick, but if not, expect them to be very aggressive in pursuing Bradford.

Denver Broncos
Denver is content to enter the season with Mark Sanchez and Paxton Lynch as their top two quarterbacks, but if one of them gets hurt early in the season, they'll look to make a move. The Broncos are not going to punt a season when they have a championship-caliber roster, and Bradford is (and will be) the best quarterback available.

Buffalo Bills
Buffalo wanted to draft a quarterback, and after missing out on all the top guys, settled for Cardale Jones. He won't be ready to play this year or next, and the Bills have zero confidence in E.J. Manuel. Since Rex Ryan and GM Doug Whaley need to make the playoffs this year if they want to keep their jobs (an ultimatum given by owner Terry Pegula), they could be extra aggressive on the market if Tyrod Taylor gets hurt - which happened multiple times last season.