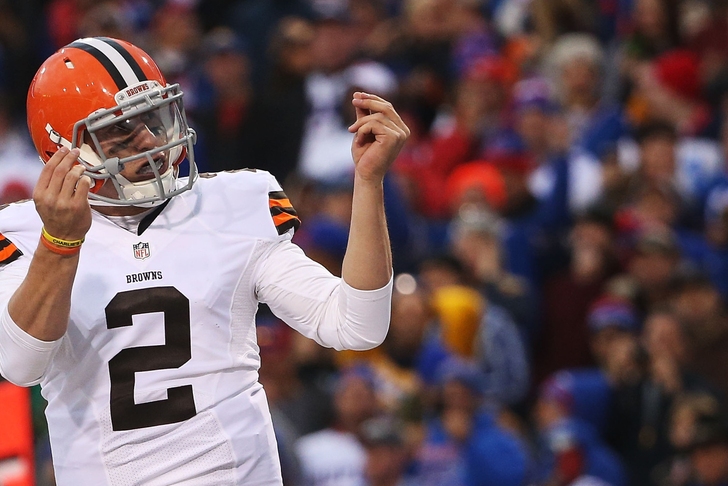 The Eagles reportedly want both Manziel and one of Cleveland’s two first-rounders, and the Browns have been reluctant to part with such value to pick up the oft-injured Bradford just yet. But, stay tuned.

Chip Kelly Not Tipping His Hand On Marcus Mariota

In a recent interview cited by the Washington Post, Eagles head coach Chip Kelly wrung reporters through the wash when asked about a potential trade for his former charge, Oregon QB Marcus Mariota:

Kelly remained coy for the remainder of the reporters' questions, adding that he wasn't going to straightforwardly answer any questions one way or the other.

Arik Armstead A Target At #20?

If the Philadelphia Eagles stay put at #20 in the first round, one name that could be on their list is Oregon defensive end Arik Armstead.

His connection to Chip Kelly aside, Armstead's frame (6-foot-7, 280+ pounds) and seemingly natural ability to disrupt opposing offensive lines could make him a perfect complement for Fletcher Cox on the Eagles' D-line. Several mock drafts have linked Armstead to Philly in the event Chip Kelly holds pat, so he's definitely a name to watch with less than three weeks to go until the 2015 NFL Draft kicks off.