3 Draft Day Trades That The Philadelphia Eagles Could Make 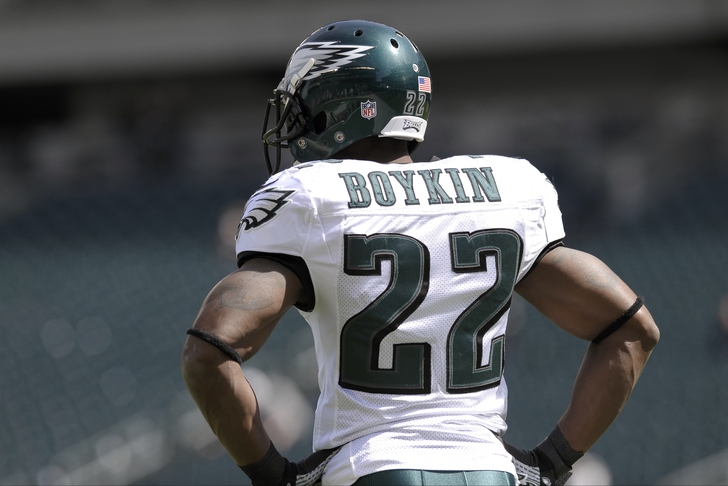 The Philadelphia Eagles have been the center of the football universe this offseason, as head coach Chip Kelly hasn't been shy about shaking up the roster via free agency or trade. There's a chance Kelly will pull off another huge move come the first day of the 2015 NFL Draft, and these 3 draft day trades are options he could consider.

Sam Bradford's injury history speaks for itself and Mark Sanchez is a better spot-starter/veteran backup option than a bona fide #1 at this stage. Mortgaging the future to move up to #3 and grab Kelly's former charge, Marcus Mariota, is risky. But, as long as Chip's pulling the string, such a bold move is definitely in play.

2. Evan Mathis to Minnesota for a 2015 fifth or sixth-rounder and a depth piece Mathis, 33, is still an asset despite recent reports that the team could cut him if they can't find a trade. The problem with getting much for Mathis is his $13.5 million combined cap hit for 2015-16. In order to make a trade happen, the Eagles will have to work with a guard-starved team (like the Vikings) and take a modest return of a late-rounder and (hopefully) a depth piece in the secondary.

3. Brandon Boykin to Oakland for a 2015 mid-rounder and a future conditional pick

Boykin wants to start, and if Chip Kelly chooses not to commit to that idea before the draft, the former fourth-round pick out of Georgia could fetch a decent return from a talent-starved team. With Boykin heading into the final year of his rookie deal (and being unlikely to return in 2016 for a part-time role), Kelly could easily do big business with a Raiders team desperately looking to add quality pieces on both sides of the ball.