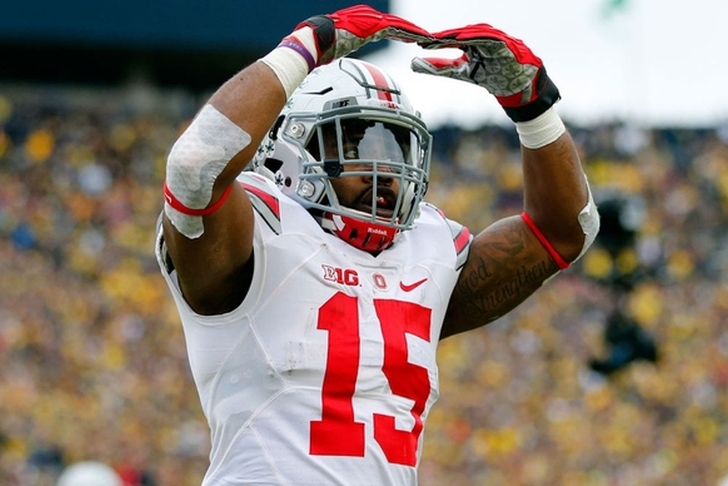 The NFL Draft is approaching quickly. The national attention is starting to turn away from free agency and towards the Draft since free agency is wrapping up and the draft is just one month away. We've already put together a full first round mock draft, and now we have a three round mock just for the Philadelphia Eagles.

The Eagles are coming off a down season and have needs at several positions. The Eagles once again underwent a roster overhaul and that will continue in the draft. With that in mind, here is the Eagles' 3 Round 2016 NFL Mock Draft. The Eagles moved up to this spot via a previous trade with the Dolphins. The Eagles have added corner and offensive guard help, but now need an RB to replace DeMarco Murray. The team has Ryan Mathews and Darren Sproles, but both are Chip Kelly players. Mathews is on the trade block anyway. Elliott is by far the top RB in this year's class. Download the Chat Sports App for more Eagles and draft coverage.

Round 3, Pick No. 77: Will Redmond, CB, Mississippi State

Philadelphia has this pick as a result of last year's draft day trade with the Detroit Lions. The Eagles gave up a fourth rounder last year in exchange for this pick. That helps make up for the second rounder the team gave the Los Angeles Rams in the Sam Bradford trade. The Eagles added several CBs this offseason, but they were mostly veteran players. That means the team still needs young CB help, although the Eagles aren't forced to spend a first rounder on the spot. Redmond might have gone earlier had he not torn his ACL in October. This is the right range for him. Adding OG Brandon Brooks was a big move, but the Eagles still need some offensive line help. Turner could start early for the Eagles, pairing with Brooks. Turner will be better in the running game than the passing game, but should be productive and worthy starter. He'd pair with Brooks for the long-term, although the Eagles still need an eventual replacement for Jason Peters.