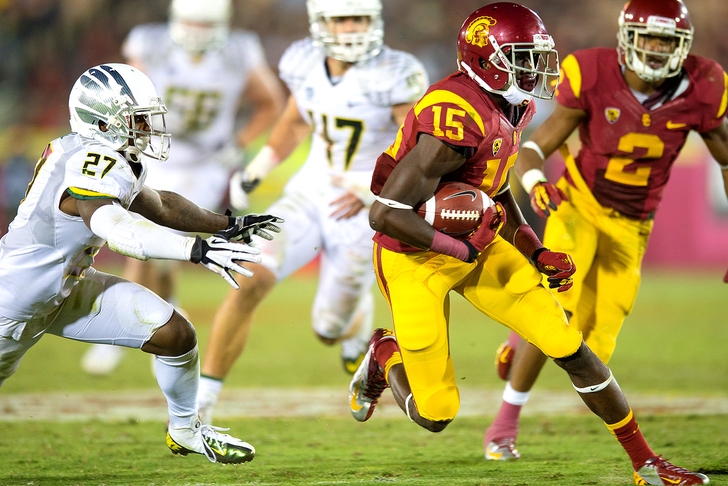 With the 20th pick in the 2015 NFL Draft, the Philadelphia Eagles select Nelson Agholor out of USC.

Agholor started the year as one of the top two or three receiver prospects, but has fallen down draft boards because of his slight frame and questionable toughness. He still has very reliable hands and quickness that will translate well to the next level. He already runs routes like a veteran and uses that skill to create a good deal of separation, but, like many young receivers, Agholor needs to cut down on the amount of drops he makes because of a loss of focus.