Where do the Sixers rank in the East following Harden’s massive free agency decision? 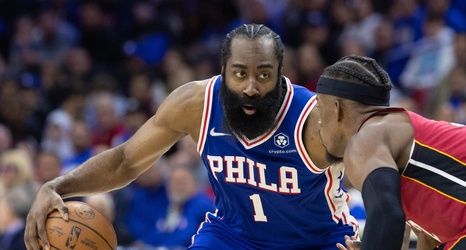 ‘In the final minutes of negotiations, Daryl Morey was shouting to Sean Marks: “Stay on the f---ing phone!” - Ramona Shelburne and Adrian Wojnarowski

On Wednesday, after the 5 P.M. buzzer sounded, Sixers fans were treated to a monster, albeit still hypothetical, offseason win.

James Harden declined his massive $47.4M player option, and according to Shams Charania and Adrian Wojnarowski, the seven time All-NBA, 10 time All-Star, 2018 MVP plans to take a more team-friendly deal so the Sixers can add reinforcements around himself and Joel Embiid... just like he hinted he would back in May.