What’s next in Tyrese Maxey’s rise to stardom? 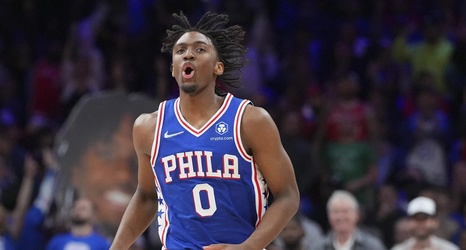 Intentional, conscious or otherwise, immense pressure rested on the shoulders of 21-year-old Tyrese Maxey entering his second season. An All-Star-sized hole at point guard confronted he and the Philadelphia 76ers. Despite Maxey’s rotation spot fluctuating throughout his first year, he would be the one tasked with replacing Ben Simmons, hoping to lessen the impact of his absence.

Whatever test that responsibility classified as, Maxey aced it for seven consecutive months. During the 4.5 months prior to James Harden’s arrival, he shared lead perimeter creation duties with Tobias Harris and Seth Curry, notching 16.9 points per game on 56.