“We just need to shoot more of them”: Joel Embiid wants the Sixers to take more threes. Will it happen? 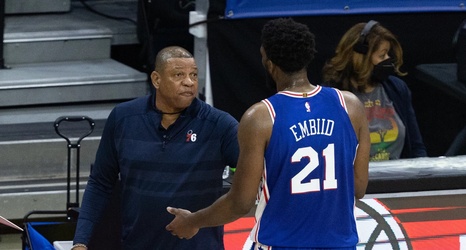 One of head coach Doc Rivers’ most common refrains in support of Ben Simmons throughout much of last season was Simmons’ penchant for creating threes, despite his own aversions to the long ball. And Rivers is factually correct here. Since Simmons entered the league four seasons ago, only Russell Westbrook has assisted on more threes, according to PBP Stats.

Yet for someone who regularly offered a tagline implying the importance of threes, the shot profile of his Philadelphia 76ers last season did not reflect that sentiment. League-wide, their three-point rate of .347 ranked 25th.