Tyrese Maxey is primed for another step towards stardom 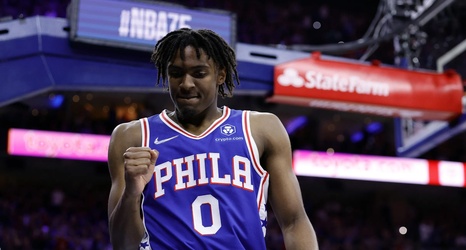 Over the next few weeks, we’ll be profiling every player currently on the Sixers’ roster ahead of training camp, which begins on Sept. 27.

Contract status: Signed on his rookie contract for two more seasons, including a salary of $2.72 million for 2022-23

Tyrese Maxey is dead set on getting one percent better each day. That's the mindset he lives by, and his relentless work ethic led to major growth for him yet again in 2021-22.

After improving through his rookie season, Maxey unsurprisingly made a leap in his sophomore year.