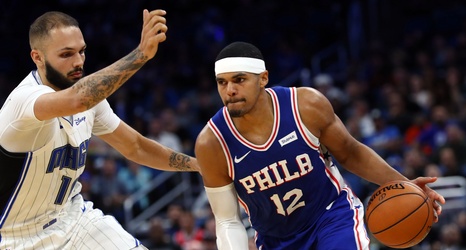 The trade deadline is fast approaching, and the Sixers are expected to be active. What small forwards could the team target?

While small forward isn’t exactly a need for the Sixers, it’s obvious that you can’t put anything past Daryl Morey. The case can be easily made that the Sixers could acquire and on the court upgrade over Danny Green though he adds so much to the team not seen during the game.

Likely if the Sixers were to deal for another small forward, it would be someone who is offensive-minded who wouldn’t be much of a drop-off as a shooter compared to Green.