The Tip-Off: Sixers play host to a wounded Cavs team 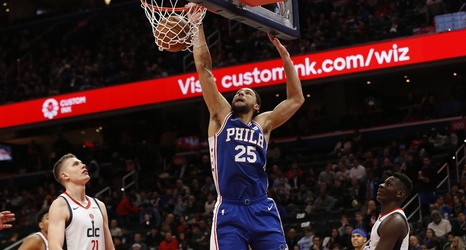 After dropping an overall bad game to the Washington Wizards, the Philadelphia 76ers (15-7) look to rebound Saturday night against the Cleveland Cavaliers (5-16).

Coverage will begin at 7 p.m. with tip-off scheduled for 7:30 p.m. on NBC Sports Philadelphia and NBATV. Radio coverage will be on 97.5 The Fanatic.

The Sixers are 11.5 point favorites with an over/under that is still unsettled.

Josh Richardson, despite making strides in his recovery, is expected to miss his fifth straight game with a hamstring injury.

The Sixers will also be without starting center Joel Embiid.