Source: there’s mutual interest between P.J. Tucker and the Sixers 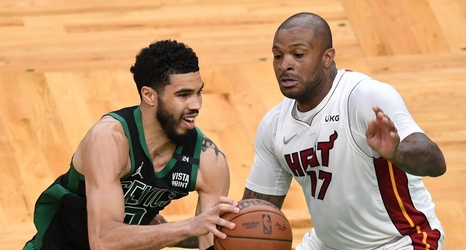 On Tuesday, ESPN’s Brian Windhorst linked the Sixers to Miami Heat’s P.J. Tucker. Tucker, a former teammate of James Harden from their Rocket days, had back-to-back terrific playoffs for the 2022 Heat and championship winning 2021 Milwaukee Bucks, as a three-and-D forward.

Joel Embiid had high praise for Tucker after the Sixers were eliminated in six games vs. Jimmy Butler and the Miami heat:

Our Harrison Grimm analyzed that scenario, and rumors that another former teammate of Harden’s in Eric Gordon could be on the move as well.