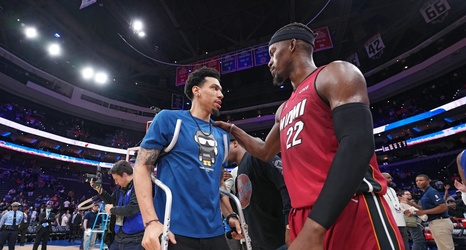 Sixers starting small forward Danny Green has been diagnosed with a torn ACL and LCL in his left knee.

The news makes an already heartbreaking end to the 2022 season so much worse. Green was angling for a potential offensive rebound just minutes into the first quarter of Game 6 vs. the Miami Heat as Joel Embiid fell to the floor after converting on a driving lay up. Embiid, who took a number of tumbles throughout the night, accidentally landed on his teammate’s left leg which appeared to twist the wrong way.

The first reports were that the team feared a significant injury, and Green, who had to be carried off, wasn’t optimistic himself while awaiting MRI results the next day:

Danny Green is on crutches today.