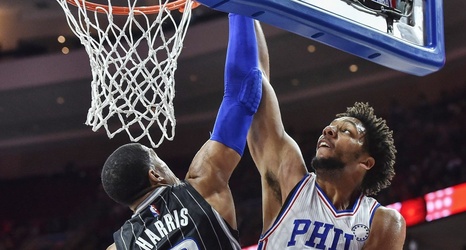 The Philadelphia 76ers could use a strong bounce-back performance after their 119-113 loss to the Washington Wizards on Thursday. It was a rough night for most involved outside of Tobias Harris’s season-high 33 points. Now, the Sixers will need to get back on track against the 5-16 Cleveland Cavaliers without two members of their starting lineup.

Embiid will be out against the Cavs due to a left hip contusion. As Serena Winters mentioned, he felt discomfort after the Wizards game. If Embiid felt hindered at all, maybe that impacted his effort somewhat, but it still doesn’t excuse his decision-making.