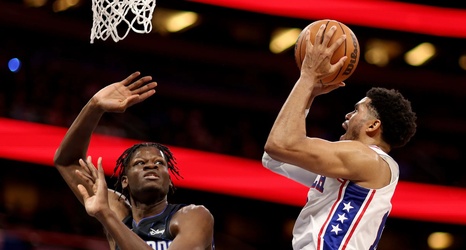 Doc Rivers will tell you that a win is a win. It wasn’t pretty, but surely the head coach will be happy with the end result in his return to the bench.

After another slow start against an inferior opponent, the Sixers used a strong fourth quarter to beat the lowly Magic, 116-106, at Amway Center Wednesday night. It was the Sixers’ fifth straight win and improved them to 21-16 on the season.

Tyrese Maxey, Matisse Thybulle, Paul Reed, and Jaden Springer are all in health and safety protocols. Shake Milton (lower back contusion) and Ben Simmons (personal reasons) were also out.