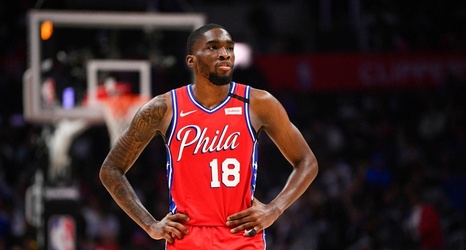 Throughout his three-year NBA career, Shake Milton has been through a lot. The 24-year-old guard was the 54th pick in the 2018 draft, ascended through the G-League, and has become a key part of the Sixers bench. Despite establishing himself as their most integral piece of the bench coming into the season, Shake has seen his minutes be drastically cut throughout the tail-end of the season and in the playoffs.

The ability to play through adversity has quickly become a theme in Milton’s young career. In the past two months alone he had seen himself fall from the consistent sixth man to not even being in the regular rotation.