Sixers: Tobias Harris has to become a closer like Khris Middleton 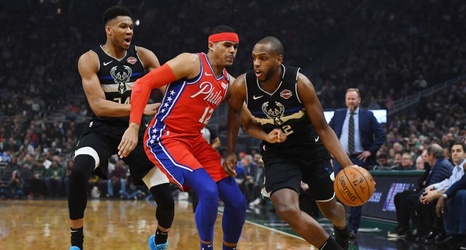 The Philadelphia 76ers didn’t make it to the NBA finals, let alone the Eastern Conference finals. There were several reasons why the Sixers didn’t advance and one of which was that they didn’t have a perimeter player that they could turn to get buckets late in games.

Now they paid Tobias Harris $180 million for five year two offseason ago and one of the unsaid expectations was that he could be the 76ers late game closer. Outside of a game winner against the Los Angeles Lakers this past season, Harris hasn’t really lived up to that billing.