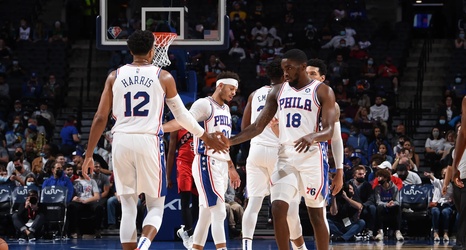 The Sixers’ second preseason performance was much better than their first, as they comfortably dealt with the Raptors for a 125-113 win. The bench performed well, eight players scored in double figures as minutes/touches were widely distributed, and the team shot an encouraging amount of threes, finishing the game 18-of-37 from deep.

On Monday, the Sixers are facing the Nets in what will be a very shorthanded affair. Seth Curry (rest), Tobias Harris (ankle soreness), Shake Milton (sprained ankle, which he suffered during Sunday’s practice), Grant Riller (recovering from surgery for a torn meniscus in his left knee), Matisse Thybulle (shoulder soreness), and Ben Simmons (not with the team, obviously) are all listed as out.