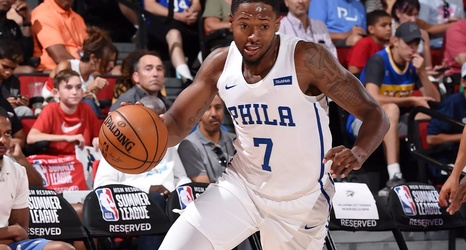 According to Austin Krell of The Painted Lines and JD Shaw of Hoops Rumors, the Sixers have signed Haywood Highsmith to an Exhibit 10 contract.

An E10 deal gives the player a chance to participate in training camp, and then attain a signing bonus of sorts if they go to that team’s G-League affiliate.

Highsmith, who spent much of last season as a two-way player for the Sixers, spent his Summer League with the team as well.

The team had one training camp spot left to fill. Their other Exhibit 10 players are Christ Koumadje and Isaiah Miles — both players are expected to report to the Delaware Blue Coats when the season begins, and it’s reasonable to assume the same will be true for Highsmith.